A Change is Gonna Come to a Galaxy Far, Far Away... 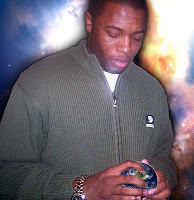 I'm a firm believer that in order for two people to have a proper argument (meaning productive), at least one person involved needs to be receptive to change. If there's no give, they're no different than two cubes of ice in an otherwise empty glass. They won't come together until one or both begin to melt. In this way Star Wars and I have sat forever, always together but never mixing.


For the sake of not wasting your time by having you read more than you have to, I'll say this up front: I absolutely loathe Star Wars.

At this point maybe to an unreasonable degree, but I've felt this way since I was a child, to be honest. Up until yesterday I expected I always would. My dislike isn't born of ignorance or an unwillingness to test the waters, so to speak. To date, I've seen every single film in the franchise and the original trilogy multiple times. The problem is I've never enjoyed any of them. From the original films when I was a kid--and let's face it, much more impressionable--to the prequel trilogy in theaters on my own dime. I can say with all honesty that the seeds they planted in the hearts and minds of little boys and girls the world over, never took root here.

I'm not going to get into the specifics of why I think Star Wars is terrible, and likely the worst film franchise ever(I know). It wouldn't be useful, and that's not what this is about. I'm most certainly not going to delve into how much I love Star Trek(a lot), because let's face it, much of Star Trek is awful, as well. To think that liking one is to the detriment of the other is silly and narrow-minded. The two aren't even remotely close to the same thing, or even similar enough to reasonably compare in an objective way, really. You can love or hate both, in any combination, as the case may be.

When the news that  J.J. Abrams would direct the next Star Wars film hit the Internet yesterday, I was stunned for all of 2 seconds. In that brief moment of time, I realized that this might be the change that needed to happen, in order for me and this franchise to move forward together. I've had a good 25+ year run of not having to pay much attention to it, but from the selling of Lucasfilm to Disney late last year, to yesterday's director news, there's a puddle of water fast forming around me.

Is there a winner? Is it me, still standing firm in my conviction? Am I still able to make the claim that Star Wars as we've known it thus far, is the most over-hyped piece of fiction in any medium, ever? (I am). Or is it Star Wars, that with these new developments will undoubtedly be seeing more of my coin, and possibly converting me into a fan? I don't know, but I think the great Bruce Lee said it best:


“Be like water making its way through cracks. Do not be assertive, but adjust to the object, and you shall find a way around or through it."


As we're learning quickly, all ice melts eventually. I'll happily sing its praises, if Abrams' Star Wars turns out to be to my liking. I want it to be good. It's not like I take pleasure in not enjoying films I pay to see. I assure you, I love loving things.