Patient Zero as a Muse 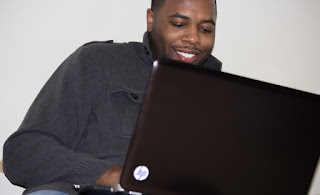 No doubt about it, I'm sick. This particular bug comes around every few years, like primary elections and bad horror reboots. Similar to those two things, it tends to strike when the weather makes a turn for the colder. A little self-diagnosis, has lead me to believe it's a particularly virulent strain, this time around. Most of the time I never know exactly where or from whom I contract it, but this time, I know exactly who the carrier was; my patient zero, so to speak.

I've decided, once again to put foot to ass, pen to pad, mouse cursor to publish button, and thus nonsense to internet.

I can't say how long I'll keep it up this time, but I can say without a doubt, this is the most enthusiastic I've felt about publishing my casual thoughts, in a very long time; my muse is rather compelling. Of course, the internet being as frantic as it is, 'a very long time' roughly translates to 'since the last time I've tweeted'--which, trust me, is guaranteed to be within 30 minutes, coming or going of you reading this.

What can you expect from me? That's something we'll have to discover together. I'm a geek, and as such, I tend to be drawn to things of that nature. You may find me chronicling the building of a new PC, one day, or telling you why the Wheel of Time is or isn't the best fantasy series you should never read. I  do promise to mix it up, though--even if only because that's the way my mind works. Other things I might speak on  include photography, movies, sports--more specifically, the Baltimore Orioles and the San Francisco 49ers--and occasionally, my rather whimsical conversations with my nephew, in which he attempts to tell me every-damn-thing.

It should be fun.