Book Review: The Good Dad: Becoming the Father You Were Meant to Be by James Daly

The Good Dad: Becoming the Father You Were Meant to Be by James Daly 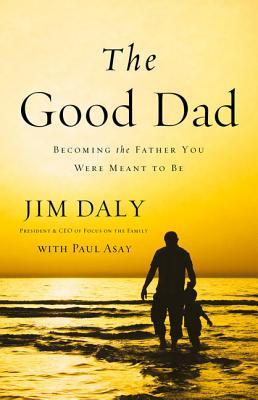 I picked this book up at the library based solely on the cover photo catching my eye; it was just a whim, really. It wasn't shelved, but was instead on a table of other books that someone or someones were trying to highlight that day, and I'm really glad they did. In the spirit of full disclosure I feel like I should mention that I'm not a father, nor do I normally read books such as this one. However, I do have a ton of opinions and ideas on what it means to be a dad*, and a lot of this book resonated with me. It manages to stroke that sweet spot where it presented the author's opinions and ideas in ways I'd never considered, while avoiding coming off as too preachy. Jim lost his mom at a young age, and then several dads(including his biological one) over the years to follow, but he doesn't harbor any ill will or resentment as it comes across on the page. Something I appreciated about this book is that Jim freely admits when he needs to work on becoming better at something, or when someone else, such as his wife's method of parenting is better than his. That kind of honesty is pretty apparent from the start. Though he speaks from a Christian point of view at times, as I said earlier, it's never preachy, and it mostly comes up incidentally. Not once did I close this book feeling like it was trying to make me anything but a better father.

I'd recommend 'The Good Dad' to anyone with even a remote interest in parenting, regardless of sex, experience, or religion. It's a quick read and the pages fly. I could've finished it in one long sitting, but I split it up into 4 quick ones.

*The saying "no battle plan survives its first major encounter with the enemy," is a belief I hold firmly, so I'm not too beholden to these ideas.